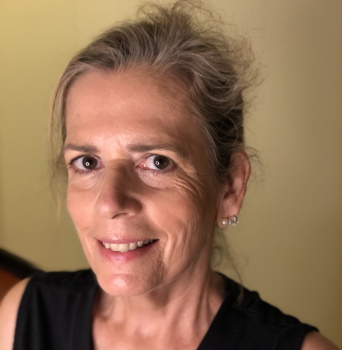 <  Back to Meet The Team

Lori grew up in New Jersey and spent most of her adult life in Indianapolis.  She moved to the Seattle area in 2015 and absolutely loves life in the Pacific Northwest.  Lori has been practicing  yoga since 1999.  Although she was initially attracted to yoga for the physcial challenge, she soon came to appreciate the more mindful benefits of her yoga practice.  Making a positive difference in people's lives is important to Lori, so as her personal practice grew she wanted to bring yoga to other people.  Lori earned her 200-hour Hatha Yoga Teacher Training Certificate at All People Yoga Center in Indianapolis in 2002 and studied Iyengar Yoga for several years with Jyoti Hansa.  She began teaching vinyasa yoga at various studios in Indianapolis in 2002 and currently teaches yoga in the Seattle area.

Lori appreciates any opportunity to share the joy of yoga with others.  She aspires to integrate the physical, mental, and spiritual aspects of yoga in her classes through alignment, conscious breathing, and mindfulness.  She hopes you will come to her classes ready to learn and laugh and leave feeling more peaceful, joyful, and contented.

A place to align your body and mind.

BRING SOME WELLNESS ARTICLES & TIPS TO YOUR INBOX: